Francis V. Adams, M.D. - Dr. Francis V. Adams believes that an informed patient is a healthier patient. He is a pulmonologist in private practice in New York City. Dr. Adams is also the author of The Asthma Sourcebook and The Breathing Disorders Sourcebook -- comprehensive guides for patients with lung disease and Healing Through Empathy. He is also a Police Surgeon with the NYPD and a frequent contributor to the LA Times. 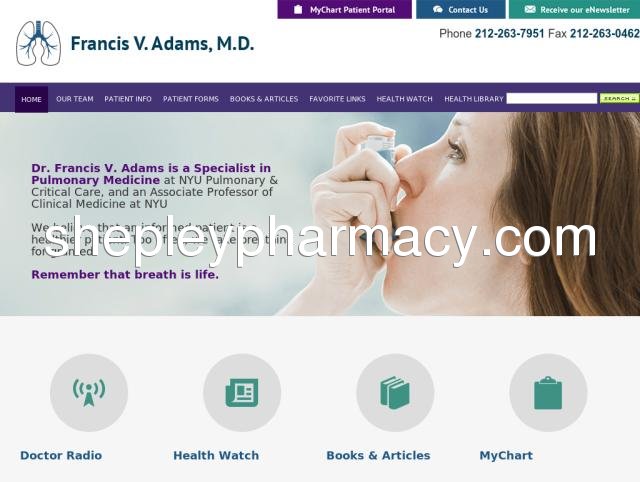