Not Medicated Yet: Your Non-Depressing Guide to Type 2 Diabetes. - Information and ideas from a Type 2 diabetes patient who has been able to control blood sugar and stay healthy, without medication, since 2001. Explaining what diabetes is, and what you can do about it. 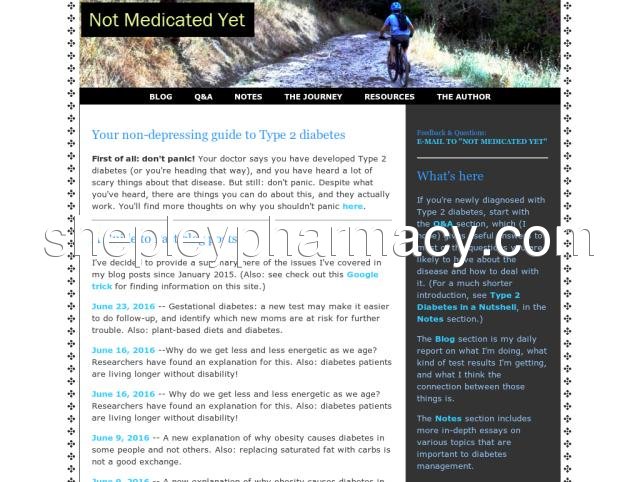