DRUG-NEWS: Strattera Side Effects (Stratera; atomoxetine HCl) - Most people may not know that the FDA warns that Strattera (generic name, atomoxetine) appears to impair sexual function. Since the drug is so new, its long-term effects are unknown. 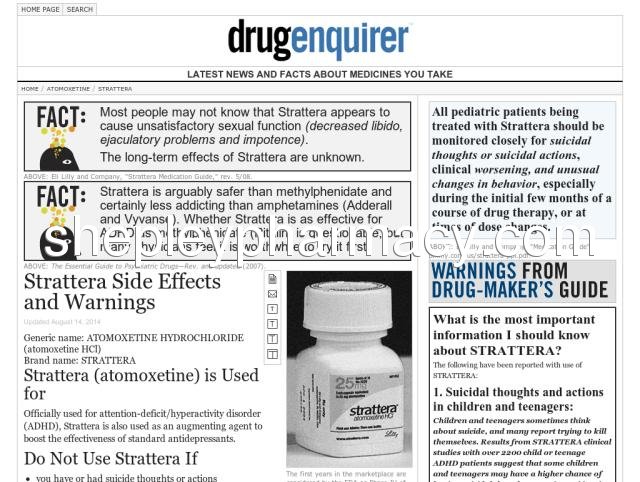