The Bright Side - Support & resources for coping with depression, grief, suicide, mental illness, and emotional crisis - Wings of Support - The Bright Side was created as a means of support - whether you are dealing with depression, grief, suicide, mental illness, emotional crisis, or are just feeling overwhelmed with life, you are not alone! We all go through difficult periods in our lives, 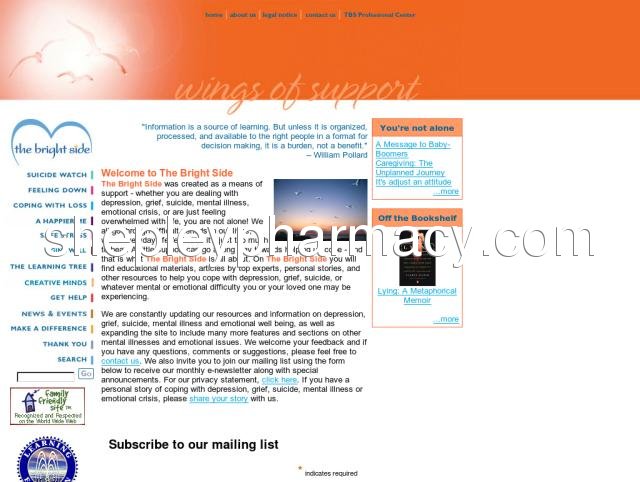